The scientific process was based on complex investigations of the stratigraphy, tectonics, magmatism and metamorphism of the Precambrian regions. For such studies Karelian, Kola, Mamskaya, Sajanskaya and Aldan expeditions had been formed within the LAGED. Radiochemists at their work were aiming to measure the absolute age of rocks and minerals and developing new methods for identifying an absolute age. 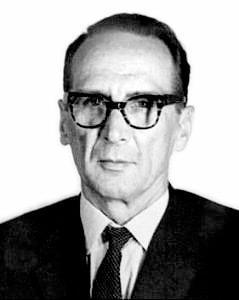 In ten years, LAGED became a leading scientific center in Precambrian studies, with highly experienced staff. The K-Ar isotope method of measuring absolute age of rocks was invented here at the beginning of 1960s, resulting in the highest ranking in the Soviet Union, the Leninskaya Premium. S.V. Obruchev in 1963 became a second director of LAGED, starting a new age of the institute – a differentiation of research groups had been changed from a regional principle to a thematic one. In 1967 LAGED was awarded official institute status – it became an IPGG, and K.O. Kratz became its director.

Since then, a lot of large scale maps, created by scientists of the IPGG have been published. Research which is essential for both theoretical bases and practical usage of Sm-Nd and Rb-Sr isotope methods has been carried out within the Institute. It was at IPGG where it was discovered that procaryots can be found in Precambrian rocks.